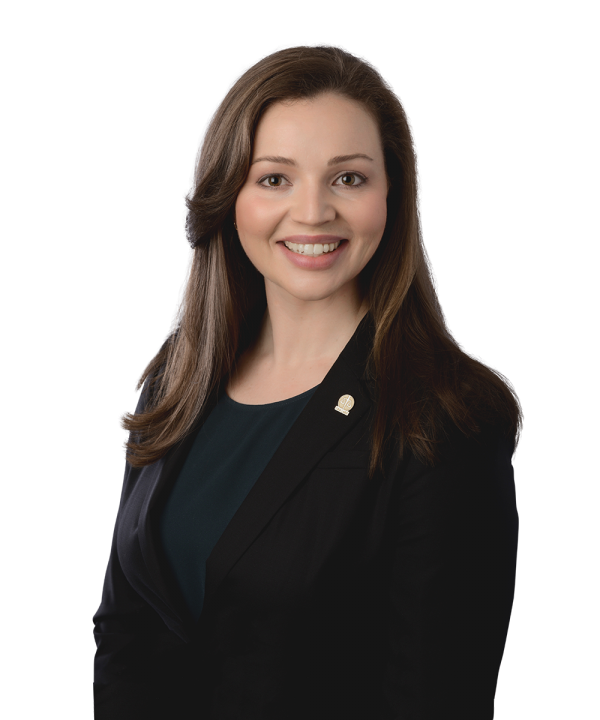 Jennifer is a persuasive advocate for her clients having completed a judicial law clerkship at the Supreme Court of British Columbia and having earned a Bachelor of Science degree, Bachelor of Laws degree, and Master of Laws degree specializing in civil litigation and dispute resolution. She represents her clients in both litigation and regulatory contexts, before all levels of court in British Columbia and before governing bodies and administrative tribunals. Jennifer’s advice is routinely sought on health law matters and insurance matters in the realms of litigation, investigation, inquiry, discipline, credentialing and privileging, coverage, subrogation, audits, policy wordings, and risk management.

Jennifer is a lawyer and director of Harris & Brun Law Corporation. She was appointed a Queen’s Counsel in 2021. Her practice focuses on civil litigation and professional regulation. She represents her clients in both litigation and regulatory contexts, before all levels of court in British Columbia and before governing bodies and administrative tribunals. Jennifer’s advice is routinely sought on health law matters and insurance matters in the realms of litigation, investigation, inquiry, discipline, credentialing and privileging, coverage, subrogation, audits, policy wordings, and risk management.

Jennifer is a persuasive advocate for her clients, having earned a Bachelor of Science; a Bachelor of Laws; and a Master of Laws specializing in civil litigation and dispute resolution. She also completed a judicial law clerkship at the Supreme Court of British Columbia. Jennifer served as national president of the Young Lawyers – Canadian Bar Association (YL-CBA) in 2012-13 and as Canadian Bar Association – BC Branch president in 2020-21.

Jennifer is a regular contributor and presenter for continuing professional development seminars both provincially and nationally, focusing on civil litigation and health law content. She enjoys addressing substantive law and narrow practice issues, such as discovery practice and oral advocacy techniques, as well as other important issues facing our justice system today including access to justice, judicial independence, and the self-regulation of our profession. Since 2017, Jennifer has co-authored Discovery Practice in British Columbia, a Continuing Legal Education of British Columbia practice manual.

Jennifer was featured in “On the Front Cover,” of the November, 2020 issue of The Advocate magazine. 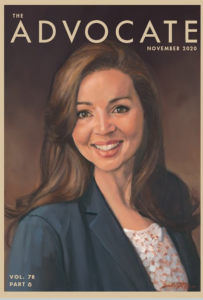 *BCCA Registrar Timothy Outerbridge requested consent for materials prepared for hearing of Elliott v. McCliggot to be posted publicly on the BCCA website as a precedent to assist counsel in complying with the Act and Rules.

Jury trials of note are as follows:

Dhillon v. Labelle, (Supreme Court, Vancouver Registry File No. M167246),involved a three-week jury trial with Justice Verhoeven presiding, in which we acted for the defence. Liability was admitted. At trial, the plaintiff alleged that because of the accident she had suffered multiple injuries including myofascial injuries to her neck (along with intermittent cervicogenic headaches), upper back (with referred pain down her right arm and hand), myofascial injury to the lower back, and pain in both wrists. She also alleged she had suffered a torn right rotator cuff, post-traumatic insomnia, and chronic pain syndrome caused by the accident. She argued her accident-related injuries were painful, limiting, and permanent. She sought an award of non-pecuniary damages for pain, suffering and loss of enjoyment of life that reflected the nature, severity and duration of her injuries, and the impact that they had had on her ability to participate in her usual activities and with her family, home and community. The plaintiff also sought the following pecuniary awards: past loss of housekeeping of $36,720.32; present value of her future loss of housekeeping capacity of $137,484.00; present value of her future cost of care of $277,708.00; and special damages of $4,150.46. The defendant submitted the accident caused at most minor soft tissue injuries to the plaintiff that resolved with conservative treatment including physiotherapy and active rehabilitation by no later than January 2016. The defence contended the plaintiff has an extensive medical history dating back to long before her twins were born in 2005, and continuing to the present time, which continues to have significant effects on her functional capabilities. The defence questioned the credibility of the plaintiff and the factual foundation upon which the plaintiff’s R. 11 experts based their opinions. At the end of the case, on May 16, 2019, the jury returned a verdict of total damages in the amount of $7,515.02 for the plaintiff.

Hallam v. Mah (Supreme Court, Vancouver Registry File No. M114288), involved a two-week jury trial, with Justice Tammen presiding, in which we acted for the plaintiff in prosecuting his claim for the negligent infliction of emotional harm that he had suffered. Whether the defendant owed our client a duty of care was at issue, as our client did not witness the event itself. At the conclusion of evidence, we drafted detailed submissions on the duty of care, concluding the result of Mustapha and Saadati is that any form of rigid proximity classification is obsolete, and the law may therefore develop on a case-by-case basis with a heavy emphasis on the particular circumstances under consideration.  We submitted the defendant owed the plaintiff a duty of care, as it was reasonably foreseeable that a husband and father, in the plaintiff’s circumstances, would suffer psychiatric harm and associated loss as a result of the defendant’s proven negligence causing the significant injury to his wife and the death of his daughter. The matter settled on the morning of oral argument on the issue of whether a duty of care was owed.

NOVEMBER 1, 2017
Restore Timely Access to Justice: A plea to fill judicial vacancies
FEBRUARY 13, 2018
Correspondence from the Minister of Justice and Attorney General of Canada
MAY 11, 2018
CBABC Position on Proposed Automobile Insurance Reforms
View All
VISIT US ON